Renewable Energy News: Is there a Bright Future for Solar Power? 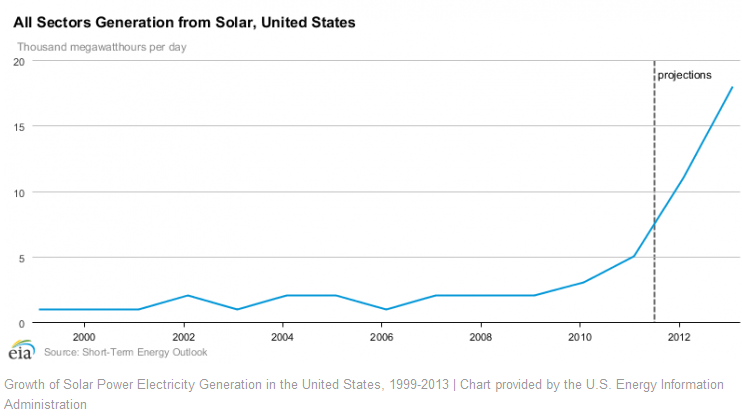 Interesting Facts about Solar Power in the United States

1. Solar energy is the most abundant energy source on the planet, with 173,000 terawatts striking the Earth continuously. That’s more than 10,000 times the world’s total energy use.

2. The first solar cell was built in 1954 by Bell Laboratories.

3. The space industry has utilized solar power since the 1960s, when they began harnessing solar energy to provide power to spacecraft.

As prices of both solar cells and solar modules continue to fall – solar cells dropped from 1.13 in 2010 to $0.92 in 2011and solar modules (a packaged connected assembly of photovoltaic cells) dropped from $1.96 in 2010 to $1.59 in 2011- the feasibility of solar energy use in the U.S. continues to increase. And these prices are expected to keep dropping in 2012 as solar technology advances. 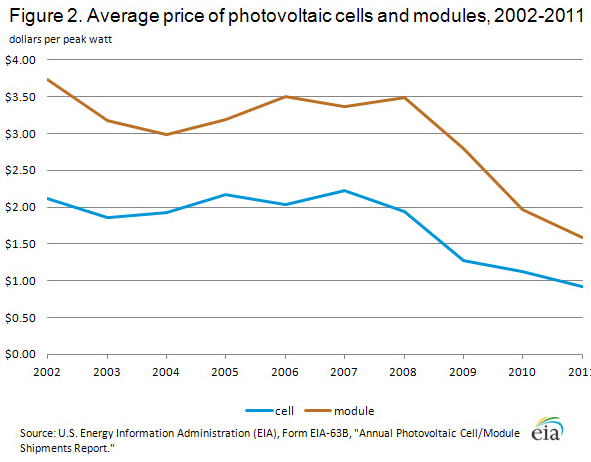 Still, there are hurdles that the solar industry must still address, such as soft costs (permitting, zoning, and hooking the solar system to the power grid). On average, these soft costs can add more than $2,500 to the total cost of a solar energy system.

As you can clearly see, solar power is not going to take over the energy industry in 2012, but we are headed in the right direction!

CQI Associates has saved our public and private commercial clients well over $1,500,000,000 based on our energy and environmental program and project saving recommendations.

Categories: CQI Associates, Energy Industry, Solar Power, and World Energy News
This entry was posted on Thursday, November 15th, 2012 at 4:56 pm. Both comments and pings are currently closed.
This website uses cookies to improve your experience. We'll assume you're ok with this, but you can opt-out if you wish. Cookie settingsACCEPT
Privacy & Cookies Policy