This winter the record breaking cold temperatures created an unusually high demand for natural gas heating.  The far-reaching impacts are still being felt.

The natural gas storage fields were depleted, 38% below the five-year average placing an upward pressure on energy prices.

Natural gas prices are 6% higher than in the fall and have caused increases in the resulting electricity rates by 12% than the same period a year ago.

Even though natural gas storage fields are being replenished, it seems the market is still concerned over the prospect of closing the gap needed by November 2014 to keep up with winter demand.

The viability of licensed third-party suppliers suffered because of the harsh winter. Three suppliers went out of business and two reorganized their retail market groups to focus only on large volume accounts.  An additional regional supplier is currently in major re-organization. The remaining suppliers are factoring in additional risk premiums in the price offers when compared to the utility standard offer service rates.  Price offers since November 2013 have been 15% higher and are expected to remain at this base level for the next three years.

Additionally, as of May, 2014, there has been a major impact on pricing in regulatory fees assessed by the utility commissions and the interconnection grid managers.  Fees not directly related to the commodity are rising overall and new fees are being added.  The largest change has been in capacity charges based on customer demand for energy to startup equipment, turn on lights, and increase heating or cooling capacity to meet temperature variations.  These fees impact the base rates for customers on the utility standard offer service rate or with a third party supplier. They have increased regulated fees by 4% to 6% in Maryland.  Additional increases are possible over the next year.

A final change worth noting is the Maryland Legislature and the Maryland Public Service Commission have recognized the impact this winter had on customers who were on variable rate contracts.  Customers were charge exorbitant fees in January 2014 and February 2014 which in some cases were double the utility standard offer service rates.  Customers with all-in-fixed rate contracts were protected. However customers with variable rate contracts were not. An investigation is underway and new rules are expected this fall to provide additional consumer protection especially for residential customers.

There are many benefits of joining the Co-op:

Pricing for 12, 24, and 36 month contracts will provide long-term budget stability to help manage energy costs well through to 2017. 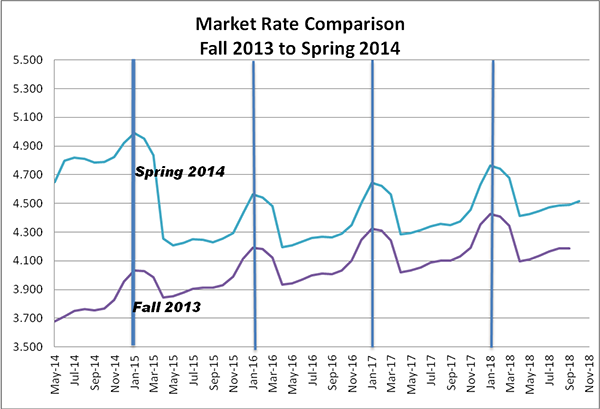