Imagine New York being powered by wind, water and sunlight instead of traditional power sources. That fantasy isn’t too far from what could be reality according to a new study led by researchers from Stanford and Cornell universities. The study cites that by 2030, only 17 years from now, New York may be able to rely on totally green energy sources for power. From the windy shores of Long Island to the sunny center of New York City itself, these places may be central in New York’s new power strategy. This plan could have a ripple effect throughout the energy community and influence more states to do the same.

Their energy goal is for the New York State Energy Research and Development Authority to support the production of about 10.4 million megawatt-hours of energy from hydro, wind, solar, biomass and landfill gas annually by 2015. The authority was 46 percent of the way to the goal at the end of last year. This in turn could lead to 30 percent renewables by 2015. This kind of progress is monumental in the field of renewable energy. Just imagine: in a New York minute, you’d be able  to get some famous New York pizza and a cup of coffee from ovens and coffee makers powered by wind or solar power!

New York isn’t the only place making green energy strides. In March, the General Assembly in Maryland passed a bill approving offshore wind turbine development. The bill itself would require electricity suppliers in Maryland to get up to 2.5 percent of their power from offshore wind as early as 2017. And it would offer a successful developer a subsidy of up to $1.7 billion over 20 years. This could be a larger step in what seems to be a bright future for green energy sources. Trade the pizza in the New York scenario for some authentic Baltimore crab cakes eaten under green energy-lit lights, because it could very well be the future. 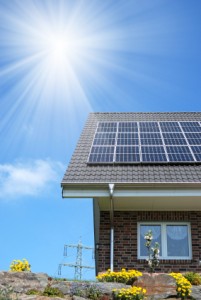 The benefits of green, renewable energy are many. As the Union of Concerned Scientists points out, they include:

CQI Associates has green energy solutions for your business. We are an energy and sustainability management consulting firm servicing residential and commercial clients throughout the United States. To learn more, please contact CQI Associates by calling 410-740-0667 or visit our website today!

Benefits of Renewable Energy Use, USCUSA

Categories: CQI Associates, Energy Industry, Renewable Energy, and World Energy News | Tags: CGI Associates, green energy, Maryland, and Renewable Energy
This entry was posted on Tuesday, April 9th, 2013 at 6:00 pm. Both comments and pings are currently closed.
This website uses cookies to improve your experience. We'll assume you're ok with this, but you can opt-out if you wish. Cookie settingsACCEPT
Privacy & Cookies Policy

Any cookies that may not be particularly necessary for the website to function and is used specifically to collect user personal data via analytics, ads, other embedded contents are termed as non-necessary cookies. It is mandatory to procure user consent prior to running these cookies on your website.